A special largely online conference taking place over four days with plenary sessions and a wide range of workshops. 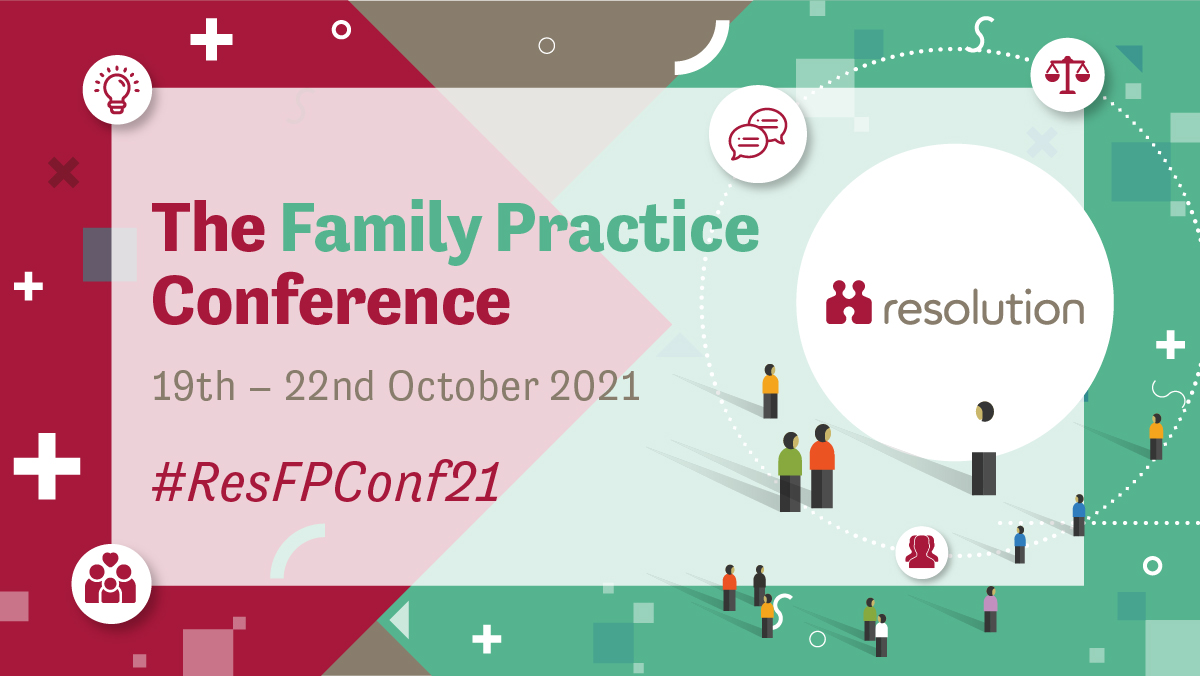 This year’s conference will take place on 19-22 October. There was a special opening event with Lady Hale on 8th October which is available on demand for all the Resolution Family Practice Conference 2021 delegates.

The conference will include over 30 sessions and more than 60 expert speakers. It will cover many topics and subjects facing family practitioners now, including new approaches in dispute resolution, working with clients and managing the business demands in the current climate.

The conference kicks off with a special event:

“In Conversation with Lady Hale”

The special event: “In conversation with Lady Hale” was  on 8 October 2021. The event coincided with the publication of Lady Hale’s book ‘Spider Woman – A Life‘. It was an opportunity to learn more about her life and “unconventional path” from growing up in a village in North Yorkshire to becoming the most senior judge in the country.

The replay is available on demand to view on the online conference platform for all delegates of Resolution’s Family Practice Conference 2021.

Brenda Hale, Rt Hon the Baroness Hale of Richmond DBE, was born in Yorkshire and studied Law at Girton College, Cambridge. She was called to the Bar in 1969 and spent almost twenty years in academia whilst also practising as a barrister for a short time. In 1984, Lady Hale became the first woman and the youngest person to be appointed to the Law Commission, where she oversaw critical reforms in family law and mental disability law. She also began sitting as a part time judge, was appointed a QC in 1989, and became a full time judge in the Family Division of the High Court of England and Wales in 1994. She was the first and only woman to become a Lord of Appeal in Ordinary, joining the appellate committee of the House of Lords in 2004, when it was still the top court for the whole United Kingdom. She was the first woman to serve on the newly created Supreme Court, was appointed Deputy President in 2013, and its President from 2017 to 2020. She lives in Richmond, North Yorkshire.

This event has ended.