The Costs Working Group of the Family Procedure Rules Committee (FPRC) has been undertaking a review of the functioning of the current costs regime in financial remedies cases, with a view to making appropriate recommendations for reform of the Family Procedure Rules 2010 (FPR 2010).   Resolution is represented on the Costs Working Group.  The FPRC shares Resolution’s concerns that insufficient emphasis is given to encouraging parties to engage reasonably and responsibly in negotiations.

Members will recall that PD28A was amended with effect from 27 May 2019 to provide that “The court will take a broad view of conduct for the purposes of this rule and will generally conclude that to refuse openly to negotiate reasonably and responsibly will amount to conduct in respect of which the court will consider making an order for costs.  This includes in a ‘needs’ case where the applicant litigates unreasonably resulting in the costs incurred by each party becoming disproportionate to the award made by the court. Where an order for costs is made at an interim stage the court will not usually allow any resulting liability to be reckoned as a debt in the computation of the assets.”.

The FPRC is now considering the question of if/how offers made “without prejudice save as to costs” (Calderbank offers) might be taken into account as “conduct” when the court is considering making an order for one party to pay, or contribute towards, the costs of another.  Resolution would welcome members’ views to help inform our response to the FPRC.

Please see the consultation paper which sets out the competing arguments and complete our survey.

It should be noted that it is not intended to reinstate the “cliff edge” position as it was in the FPR 1991 immediately before the reforms made in 2006  (where a judgment or order was more advantageous to a party than an offer made without prejudice except as to costs by the other party, the rules provided that “the court must, unless it considers unjust to do so, order that other party to pay any costs incurred after the date beginning 28 days after the offer was made”).

Any new provision would be made on the basis that the general ‘no order’ rule set out in FPR 2010 r.28.3(5) should remain.   The consultation states that “in this way, excessive weight ought not to be attached only to whether one party has ‘won’ or ‘lost’ but proper account could be taken of whether either party has acted reasonably or unreasonably in the course of their negotiations (including those undertaken “without prejudice save as to costs”) having regard to all of the matters to which the court is required to have regard under FPR 2010 r.28.3(7) when deciding whether it is ‘appropriate’ to make an order requiring one party to pay the costs of another party having regard to ‘conduct of the party in relation to the proceedings’ under FPR 2010 r.28.3(6)”. 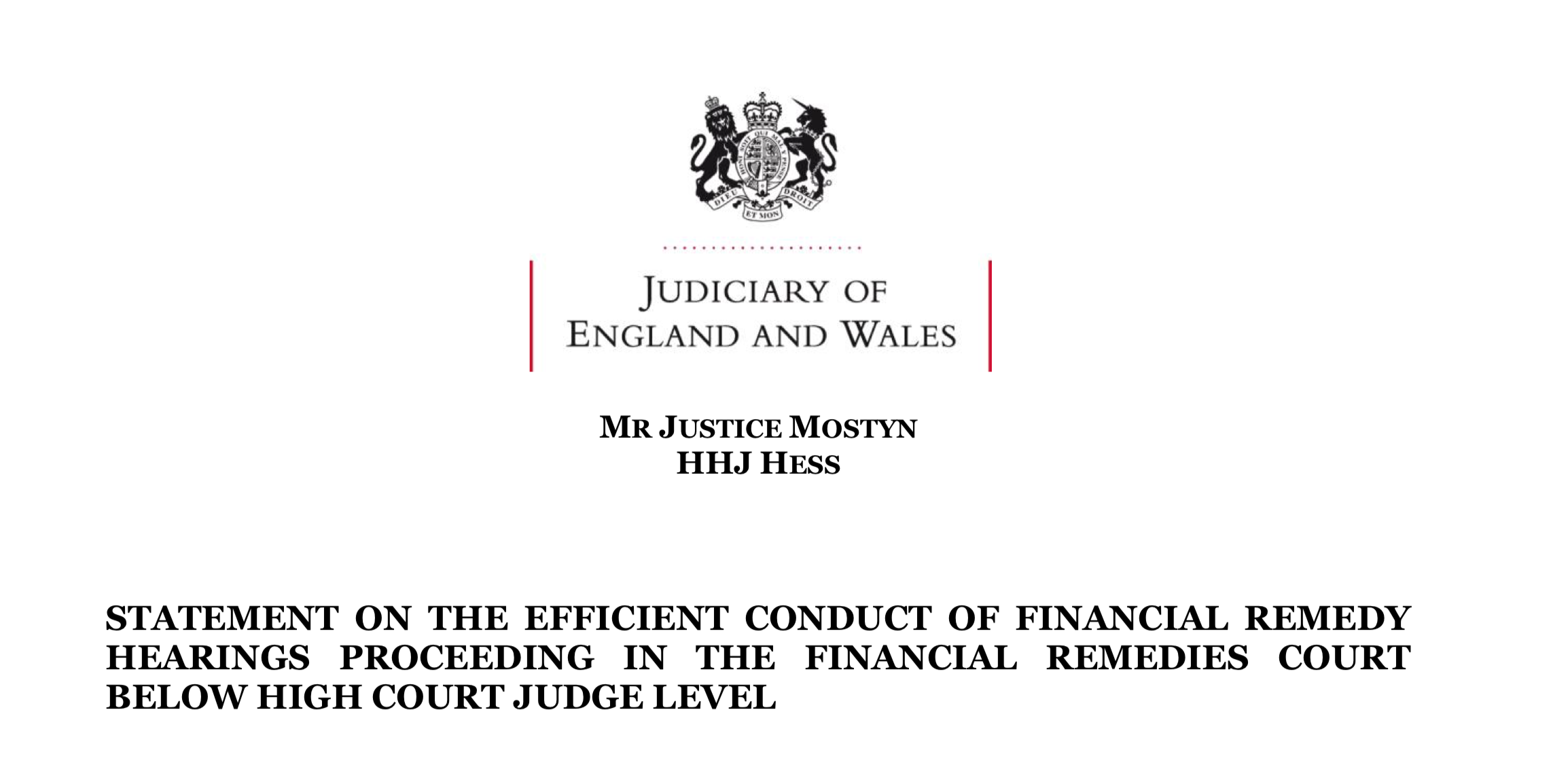 FRC notice on the Efficiency Statement

Notice from the Financial Remedies Court on the Efficiency Statement