Resolution has announced the shortlist for the inaugural Resolution Awards which will celebrate the achievements of professionals who have supported families and children during a global pandemic, and championed our Code of Practice.

This year sees three new award categories join the established and prestigious John Cornwell Award to recognise the diverse and outstanding talent within the family justice community. The award categories and shortlisted nominees are as follows.

The winner of the John Cornwell Award will be announced during the ceremony.

In total 54 entries were made to the Resolution Awards which are sponsored by Iceberg Client Credit. Winners will be announced at a ceremony on the final day of the upcoming Family Practice Conference (19-22 October). Tickets to the event can be purchased here and includes access to an exclusive streamed event “In conversation with Lady Hale” on 8 October.

With so many high-quality, well-argued and convincing entries, the judges had an extremely difficult job whittling down the nominees to a shortlist. We engaged in thoughtful and intense discussions about the qualities of the entries which reflected the broad and multi-faceted role of the family professional in today’s world.

It was particularly heartening to see both the YRes and Resilience Awards being so competitive. With such a breadth and depth of talent demonstrated by our younger members, it’s clear that the future of Resolution is in safe and capable hands. And after the tumultuous past 18 months with the global pandemic upending all our working and personal lives, the nominees in the Resilience Award perfectly captured the spirit of overcoming adversity.

The entrants are an inspiring group of people and I’m excited to reveal the winners on 22 October. 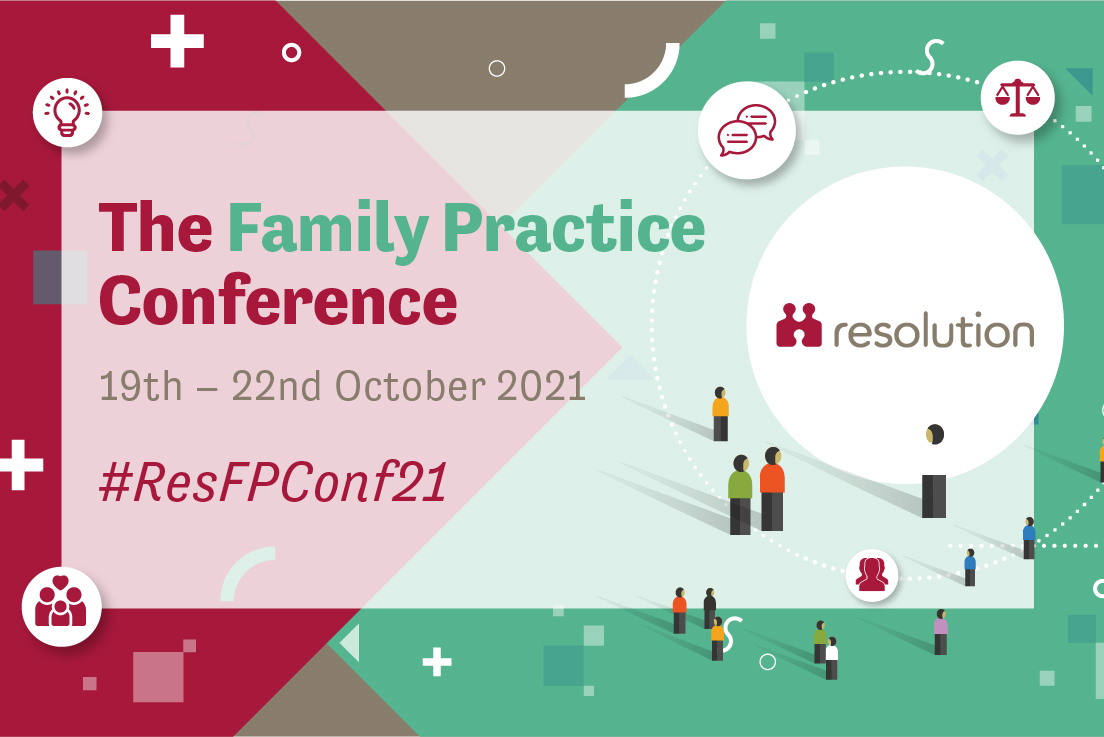 A four day online and in person conference on Family Practice hosted with workshops, cafe style discussion sessions and more.