My mother emigrated to England, essentially, as an escape from her father. As the physically strongest of five daughters, my grandfather was determined that my mother would take over the family farm. My mother resented this assumption; it was typically dictatorial, focused on my grandfather’s wishes and took no account of her own desires. That had been her experience of him growing up and, rather than follow her father’s ideas, she wanted to emulate her sisters’ examples of emigration, higher education and a life where she could make decisions for herself. So, she joined thousands of Jamaican women and came to the UK, to embark upon a career in nursing. I don’t know whether she was particularly suited to this profession or not, but it provided a degree of financial security, escape and freedom.

If I think about some of my mother’s decisions, they were made in defiance of others’ expectations. As she advanced in her nursing career, she treasured the academic attainment, financial rewards and an independence which evaded her own mother and even many of her contemporaries. Unlike some of her cohort, she learned to drive and bought her own car, specifically to avoid having to rely on my father. That does not seem such a big thing now but in her day, she carved out her own, invaluable measure of independence. Her decisions were her own. In her marriage, she was my father’s intellectual and financial equal.

In raising my two brothers and me, my mother did not discriminate in her expectations of us. While she did not seek to dictate our careers, the general assumption from an early age, was that we would all advance to higher education. We did. At 17, my mother encouraged each of us to take driving lessons so, living in the country, we were able to become independent of the last bus home at a miserable 10.30pm. There was never an overt statement that such attainments would give us in turn, a degree of freedom, independence, and even a quiet self-confidence but I do believe that is the consequence.

Following the advice of a blinkered careers officer, my first professional job was that of a probation officer. It wasn’t for me. I spent many evenings screaming loudly in the privacy of my car on the commute home before, eventually deciding, to follow my dream to become a lawyer. Not unlike my mother, I rejected the position in life another had ascribed for me both then and even when employed as a solicitor, noting that employers would invariably seek to contain me in positions other than, I felt, suited my abilities.

One day while supervising my sons during a swimming lesson, I started chatting to another mother and told her how miserable I was in my job; the firm prided itself in being ‘young’ and ‘vibrant’. I did not fit in at all; I was older and the only black employee. My boss, also a woman, did not mind working until 8 or 9pm. I did. I wanted at least to be home by my children’s bedtime. I had been similarly ill-suited to the position before that: I wasn’t ‘networking’; I was ‘too insular’. I just wanted to be a solicitor. The other mother asked why I didn’t set up my own firm, as though that were the easiest thing in the world and although to become my own boss had never really occurred to me, not overtly, I believe a latent self-belief and surprisingly helpful assistance from the SRA, has led me to where I should be.

I set up my own Family practice in 2009 and I assume potential clients would not consider it at all unusual to encounter a woman. In any event, a quick perusal of my website would re-direct those who, perhaps, would prefer male representation. Some are surprised to encounter a black woman, a few disconcerted, but mostly not.

Recently, during a private FDR hearing, my client told me her husband thinks both she and I are ‘thick’. She was accustomed to such observations from him, hence the divorce. I felt he was attempting to undermine me and, in turn, her faith in me. That said, I didn’t ask if she had defended me – just in case.

As I reflected on this, I wondered whether he would have been so damning and disrespectful if I had not been a black woman. As a banker and by my client’s account, somewhat traditional in his views, his choice of solicitor was white, male and determined to ring fence shares generated during the marriage, with no thought of compensation for my client. I was adamant in my conviction that he was wrong. Citing statute and caselaw did very little to help; thankfully, albeit with costs of £20,000 later, the FDR judge agreed. The husband hasn’t apologised but my client gets to keep the house – it was a good result.

I can honestly say I feel blessed to have this job – I love my work in Family Law. I love being a sole practitioner even when the endless decisions can be challenging and although I cannot pop in to see a colleague to bounce around ideas, Covid has rendered the occasional email to friends, or counsel, quite the norm. The freedom to work from home or take time off whenever I choose is immense and enables me to be very present for my children whom, I hope, can see that I am contributing to their lives not only by my presence at various sports events and ferrying them to university. I hope they also bear witness to the challenges and rewards of my chosen career and, in turn, are afforded the foundation to make positive, unencumbered decisions concerning their own lives. 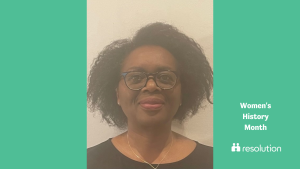 Donna Goodsell is a sole practitioner based in London