As it happens, the area of law I found myself wanting to practise, family law, is female dominated. Within the progressive family law firms I have worked at, I have enjoyed flexible working arrangements and have not felt discriminated against because of my gender in terms of pay or opportunity. I do not for a moment suggest that women working in the legal profession, or any profession, do not face such discrimination.

In preparing this article I enjoyed a discussion with the (female dominated) Children team at Mills & Reeve. A common theme which arose among my colleagues is the “mental load” that women predominantly carry. Women may enjoy perceived equality in the workplace and in terms of pay, but they frequently carry the greater load of home care, organising after-school care, play dates, birthday parties, school costumes, homework, being family carers, being the first person to be called by the school and attending to family health care. It was noted that women can work against themselves by mothers frequently including women only in WhatsApp groups around parties, and women only volunteers for the school fair or class representatives, thus reinforcing gender stereotypes for our children for who we want to model gender equality in all aspects of life.

Studies show that frequently men receive more work referrals than women because they receive referrals from other men, as part of a male network that does not see members leave the workplace for a significant period of time, for example on maternity leave. Challenges persist and change requires proactive support from men when their female counterparts re-enter the workplace.

My colleague Hannah Wilson said this:

Going on and returning from maternity leave can have a big impact on career development and confidence. It takes time and effort to build back up your stream of referrals and contacts when you have been out of the marketplace. This requires extra effort and commitment and networking at a time when you quite often need to be at home in the evening.

If you had asked me 5 years ago, I would’ve said I wanted to be a Principal Associate before I became a mother, because I thought becoming a mother would mean putting that application off for a number of years. Due to personal circumstances we decided to start our family earlier. I did end up becoming a Principal Associate just before I went off on maternity leave but it just happened that Nick (Stone – Head of Family Law at Mills & Reeve) decided it was the right time for me to apply rather than something I had been planning to do before I had my son.

Family law shines a light on areas of gender injustice that persist:

Whilst women working within the UK legal profession, particularly the family law profession, continue to enjoy greater support and awareness around issues such as menopause, fertility, equality of pay, we do not forget our privilege. The Taliban announced on Wednesday, 23 March 2022, that girls would not be allowed to attend secondary school. It is not just the women and girls of Afghanistan who are denied equal rights to education. Other women around the world are denied this right leaving them more exposed to violence, poverty and exploitation.

One of the privileges of working in family law is that we have a voice to tackle these injustices and speak out about gender discrimination. Sulema Jahangir, partner at Dawson Cornwell, highlighted a small step towards equality when she wrote in 2017 about the Indian Supreme Court decision banning the triple talaq. Once the word talaq was uttered three times a wife would not be entitled to financial support, child support or anything else from her husband. This decision of August 2017 considered that the triple talaq violated the right to equality.

We family law advocates are uniquely placed to call out the disadvantages shown to and experienced by women not just in England and Wales, but around the world. As long as there remains an entrenched view that the domestic sphere is, and should be a female one, then these challenges will persist. 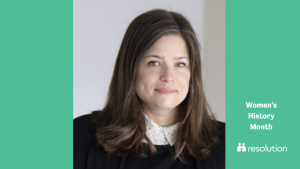 Zoe Fleetwood is a partner at Mills & Reeve and is a member of Resolution’s National Committee.