I am family law solicitor practicing at Family Law Partners and am also a collaborative practitioner and mediator. I volunteer for Rights of Women and am elected to Resolution’s National Committee.

As a South Asian woman practicing in family law, one of the key issues important to me is equality – whether that be equality for female practitioners or equality for my clients. The firm I practice in is genuinely committed to equality and diversity but I’ve kissed a few frogs before getting here! There are too many firms still who have no real concept of diversity, equity and inclusion. In fact, the glass ceiling is so low in some firms that you can’t even get through the front door. Or, you end up stooping once you have squeezed in.

I consider myself very fortunate, I have largely achieved what I set my mind to professionally and have had the pleasure of leading an award-winning family team and of being elected to Resolution’s National Committee. However, I’ve also had setbacks and trying to find where I fitted in and could be myself, has not always been easy. I also wonder sometimes whether my goals and expectations have been shaped by what I thought I could realistically achieve, which is a barrier in itself. I suspect a lot of women may do this and that maybe our male counterparts aren’t as cautious and ask for the pay and promotions that they feel they deserve. I have read somewhere that there is no single occupation where women earn more than men and worse still, black women have an even greater pay gap. Despite progress in many areas, this makes for depressing reading.

As a family lawyer, the two issues that have struck a chord with me in recent years is in relation to lack of pension equality for women and how menopause is insufficiently factored into financial remedy cases, if at all.

At an extremely thought-provoking seminar at Resolution’s Family Practice Conference last year, I listened to Professor Debora Price of Manchester University talk eloquently about how complex and highly gendered the pension system is in the UK; possibly one of the worst pension systems in the world. A striking feature of her presentation was the stark pension gap between men and women which means many women are thrown into poverty on retirement, especially if divorced. This no doubt helps to explain why significant numbers of divorced women are reliant on state benefits in retirement and the situation is made worse by the fact the number of divorcees entering into retirement is growing. As a family lawyer this poses an important challenge, namely how can we address some of these inequalities.

Research by Price and her team highlighted that pension inequality is rife both in general terms and subsequent to divorce. She found that married men have the most pension, with those aged 45-54 having median pension wealth of circa £86,000 compared to £40,000 for women. The chasm grew by age 65-69 where median wealth for married men was £212,000 compared to just £35,000 for married women. This meant that the average married woman was retiring with just over 16% of the pension wealth that the average man did. The situation for divorced non-cohabiting women was even worse with a pension pot of £19,000 in the 55-64 age group compared to a pension pot of £100,000 for men in an equivalent position. These women did not even have a safety net of a husband to financially assist in retirement.

The impact on women is hard to ignore and whilst The Pension Advisory Group published a guide to provide a more consistent and better-informed approach to the treatment of pensions on divorce, the situation remains dire and there is concern that the new no-fault divorce process could lead to even more women taking no legal advice whatsoever in terms of their pension rights and entitlements.

Another issue I have found concerning is that while many divorce lawyers and judges view the ‘clean break’ as the summit of financial remedy proceedings, the clean break culture can clash with women’s biology bearing in mind most women divorce in the 45-55 age bracket which is very similar to the period of menopause. The average menopausal period is 8-12 years with average age of onset of perimenopause in their mid-40’s. Approximately 13 million women in the UK are either peri and post menopause with one in four women experiencing severe debilitating symptoms that is a significant group of women.

Too many women on divorce do not achieve financial independence because they are shackled by the menopause and cannot work or achieve independence in the way that the family court had contemplated. Most women may not even realise it is happening to them because perimenopause can be a slow-grower and can often be confused with depression and anxiety. Most GPs do not have proper menopause training and, therefore, do not recognise menopausal onset which means it is regularly left untreated. HRT can help if you are lucky enough to be prescribed it, but it’s by no means a panacea.

As a result, many women find that they can no longer hang onto their jobs and a recent headline of 1 million women leaving their employment due to lack of menopause support is sobering. How are these women financially surviving if they are losing their jobs or going part-time or missing out on promotions at a time when the family court has largely or completely cut them adrift from spousal maintenance in the name of equality, independence, and fairness?

As a woman and lawyer, I feel it’s time to understand and consider these issues, which is why I launched The Family Law Menopause Project this year – to raise awareness amongst the family law community of the impact of menopause so that family lawyers can ensure that their advice is properly informed and client focused. 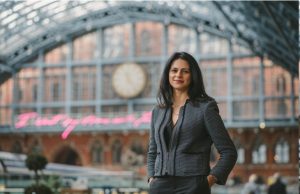